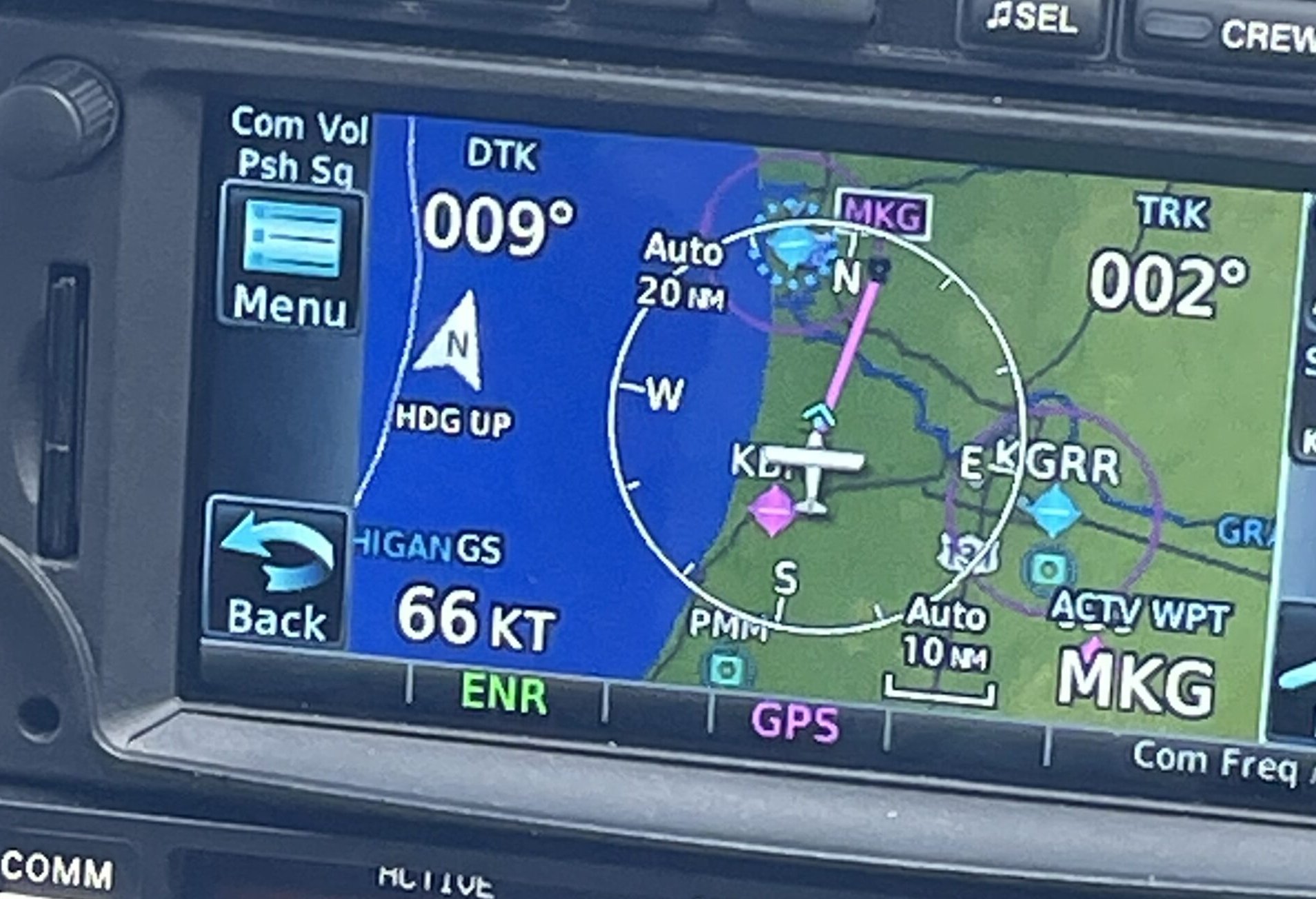 This can be especially challenging to get correct when there are waypoints that are very close in what the “spelling” of the identifiers are, such as in the case of KMKG (the airport) and MKG (the waypoint that was formerly a VOR).

In the picture to the right, you can see that the “magenta line” isn’t exactly headed toward the Muskegon, MI (KMKG) airport.

In the picture below, you can see that the waypoint that was entered “MKG” is nearly 10 miles away from the desired point, assuming you were intending to head to the airport, not the waypoint formerly known as a VOR.

That 10 miles could easily have been the difference between traffic separation concerns, airspace concerns, and certainly some situational awareness and maybe got lost issues. 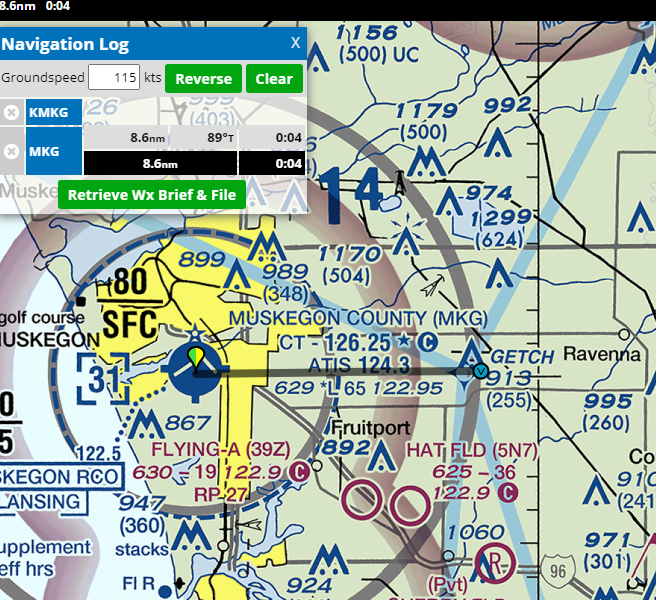 It’s a really easy mistake to make. It also doesn’t just happen when waypoints are close to each other in spelling or location, it can easily just be a case of fumble fingers that we all get sometimes.

So, what’s the solution?

When you enter something into your GPS, FMS, or any other navigation system, make sure what you get is what you wanted.

This used to be solved (for those diligent pilots who heeded their instructors’ teachings) when they auditorially identified their navigation sources such as a VOR or an ADF. When you tuned, twisted, and identified, it was a secondary check to allow you to catch if what you turned in wasn’t what you were actually receiving. In the time of GPS, we don’t have that morse code audio verification step that we take to catch our mistakes. So, the way to do it is to go back into the flight plan and make sure what you entered, is what you wanted, and is what you got.

Check those entries, make sure you are specific, and make sure, in the end, the magenta line gut checks and looks like it is actually going where you think you are going.