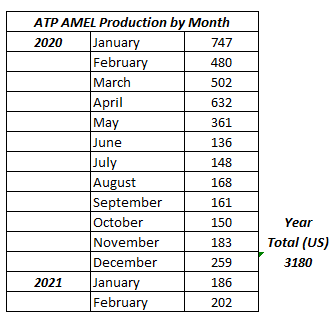 Some things you just can’t get back. Like time. And time is what it takes to train pilots.

About mid-way through 2020, as the country managed its responses to COVID-19, most regional airlines stopped hiring new pilots due to reductions in the need for pilots as airline service needs were significantly reduced. Without an actively flying public, fewer flights were needed, and that meant fewer pilots were needed. Most of these pilots were put on reduced hours or even given time off.

While our country is beginning to return to some higher volumes of flight activity, we still haven’t reached the same production level of ATP certificates that we were seeing approximately one year ago at this time.

When we look at the numbers month-to-month in 2020 and this January, we see that by May and June the production levels of ATP certificates had dropped precipitously. END_OF_DOCUMENT_TOKEN_TO_BE_REPLACED

Lately I have been asking fellow pilots and applicants on practical tests an interesting question. One that hopefully they never need to know the answer to, but one that if they do need, can make a situation much better.

The question is prompted by a conversation with a friend who is an Aviation Safety Inspector for the FAA who not too long ago got to work with pilots who had “busted a TFR” during the election season at a specific travel event for one of the candidates. In that conversation, he noted that of the six unlucky individuals who strayed into the TFR at that time who ended up getting intercepted, not a single one of them tuned to the universal emergency frequency to attempt contact with anyone who might be attempting to communicate with them, namely the military aircraft that was approaching them.

That kind of surprised me.

I know, intercept procedures can seem a little daunting and most of us don’t commit them to memory because we hope we will never need them.

Some of us keep them on our kneeboards as pilots, but that number isn’t as many as it probably should be either.

So I started asking fellow pilots and practical test applicants a question.

“Imagine you are flying along, and an F16 pulls up alongside your wing. What is the first thing you would do?”

The majority of pilots fumble the answer. A few practical test applicants and pilots start talking about digging through the FAR/AIM or documents in Foreflight on their iPad to figure out what to do.

Can you imagine the F16 pilot watching this from their cockpit as you fly along digging through the FAR/AIM trying to figure out what to do? How long might that take? It might be kind of humorous for them actually.

Only a very few I have asked have answered, the first thing they would do is turn to 121.5 and follow directions being given to them.

I blame us as instructors, DPEs, and fellow pilots for not drilling this into each other.

A TFR bust isn’t always the fault of the pilot. It can happen to anyone. Sure, TFRs that are published and can be learned about prior to flight shouldn’t be something pilots encounter if they are properly briefed and planning is done correctly. But in some cases, TFRs do pop up after you have already started a flight. A downed aircraft, an emergency situation on the ground, or a security situation developing can make these pop up even while you are in the air and it is possible to encounter one even with proper planning having been done.

In a case like this, an intercept handled properly could end up being a no-harm, no-foul situation for a pilot who responds properly to an intercepting aircraft and/or directions from ATC.

So, remember if nothing else from this quick tip.

Tuning to 121.5 for intercept is a good starting point if you happen to get intercepted. END_OF_DOCUMENT_TOKEN_TO_BE_REPLACED

Flying an approach will typically take a pilot along a specific path that keeps them clear of obstacles and aligns them with an intended landing point. When things work correctly or are properly conducted. When that isn’t the case, a pilot may find themselves flying somewhere aht isn’t exactly “on the approach”.

On a recent practical test I conducted, the tracking my charting software shows a fairly straight track of a path along an approach, but it is obviously not along the approach path of the ILS we were intending to conduct. Hmm. What might cause that you might ask?

END_OF_DOCUMENT_TOKEN_TO_BE_REPLACED 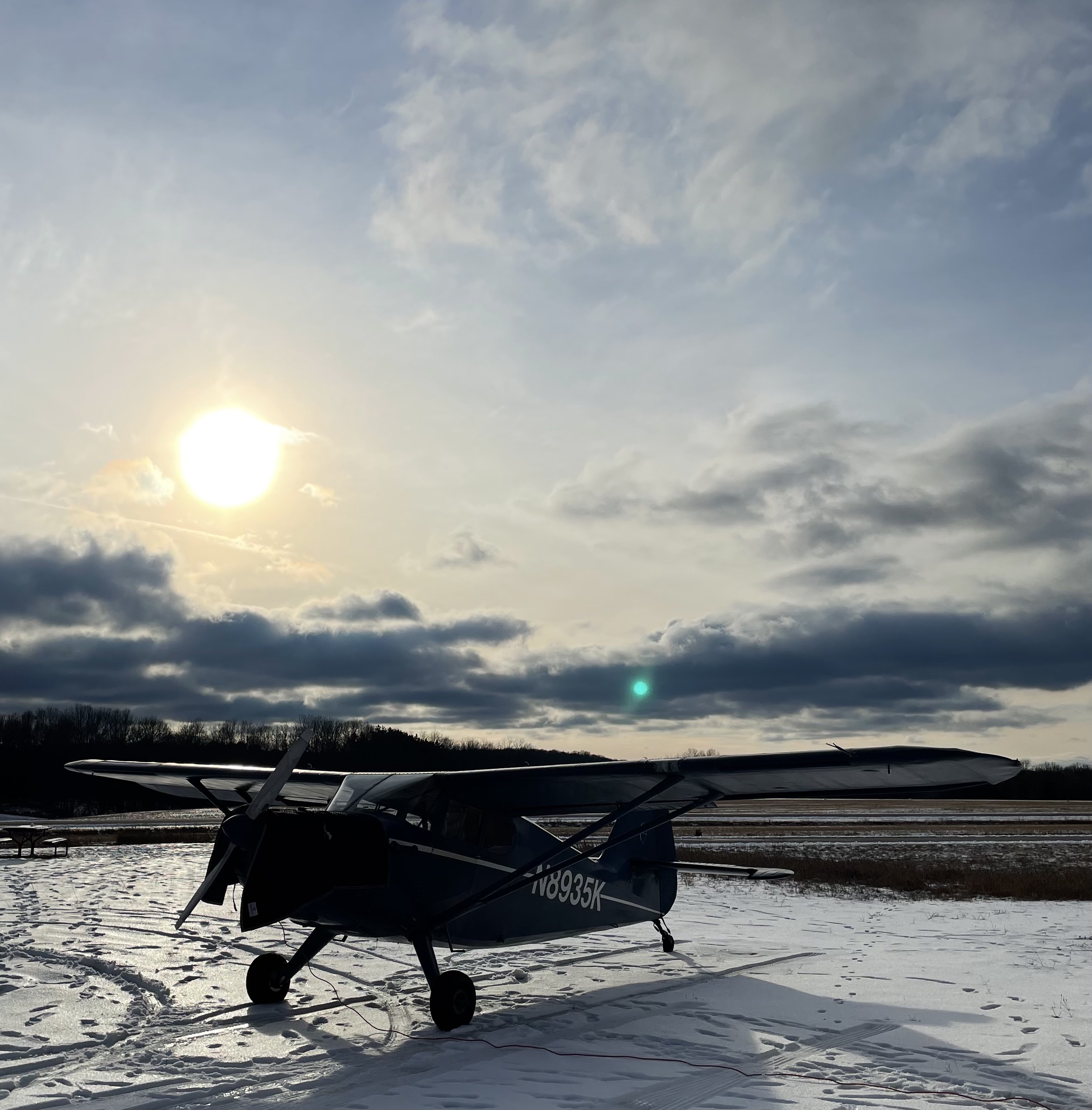 After much work from some great friends who worked the maintenance hiccups, I have now had three successful, albeit cold, flight with Charlie and I in the last week. Phew!

Time for us to start venturing out again and sharing adventures on practical tests, for lunch [probably in Indiana for a while yet since Michigan still is a Gestapo state], or just for some fun local flying.

We even managed to get night-tailwheel current together not long after this picture was taken on a chilly Michigan evening after I flew over to another airport for some instrument currency with a friend.

I will say the next project though, will be to add a little form door sealing to make these flights just a bit drafty.

Looking forward to getting back in the air again with frequency in Charlie!