The 545am weather check showed major improvement from the day before, so it was time to get up and get on the way for the last leg of the trip to bring Charlie back to her new home, Allegan, Michigan for the next adventures that she would share with us. 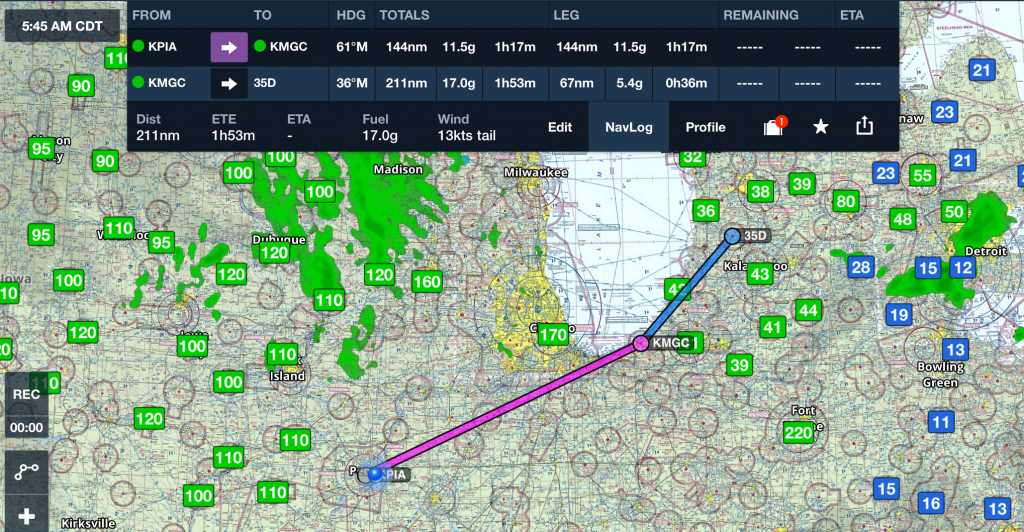 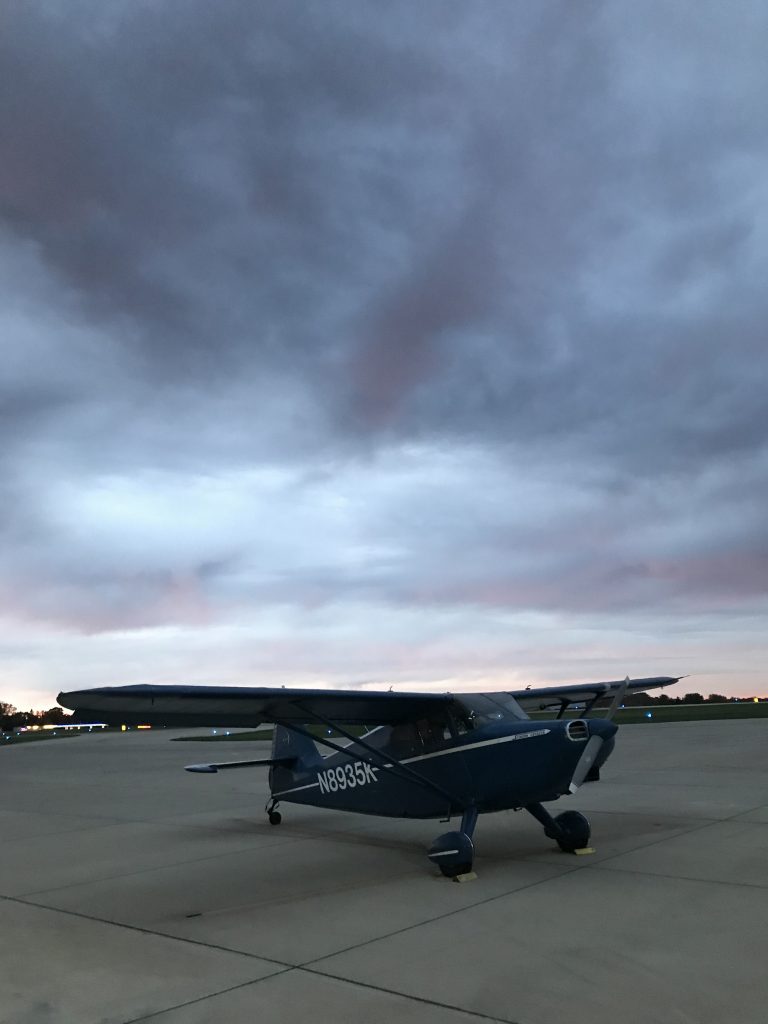 The morning found Charlie on a chilly ramp, with the temperature hovering just above freezing. I was expecting a hard start with a cold engine, but I wasn’t expecting it to be an even harder start due to the rookie mistake that I had made when we left Charlie two days earlier.

What was that rookie mistake?

Ugg, I had left the master switch on and we now had a dead battery.

Fortunately, the helpful folks at Byerly Aviation in Peoria were quick to offer assistance of a jump start, and also, fortunately, the battery is in a position that is easy to get at in this old Stinson.

With some extra power, Charlie’s engine again came to life and we were able to head off on our way as the morning sun arose in the east and we headed toward it, inching ever closer to home with every minute. 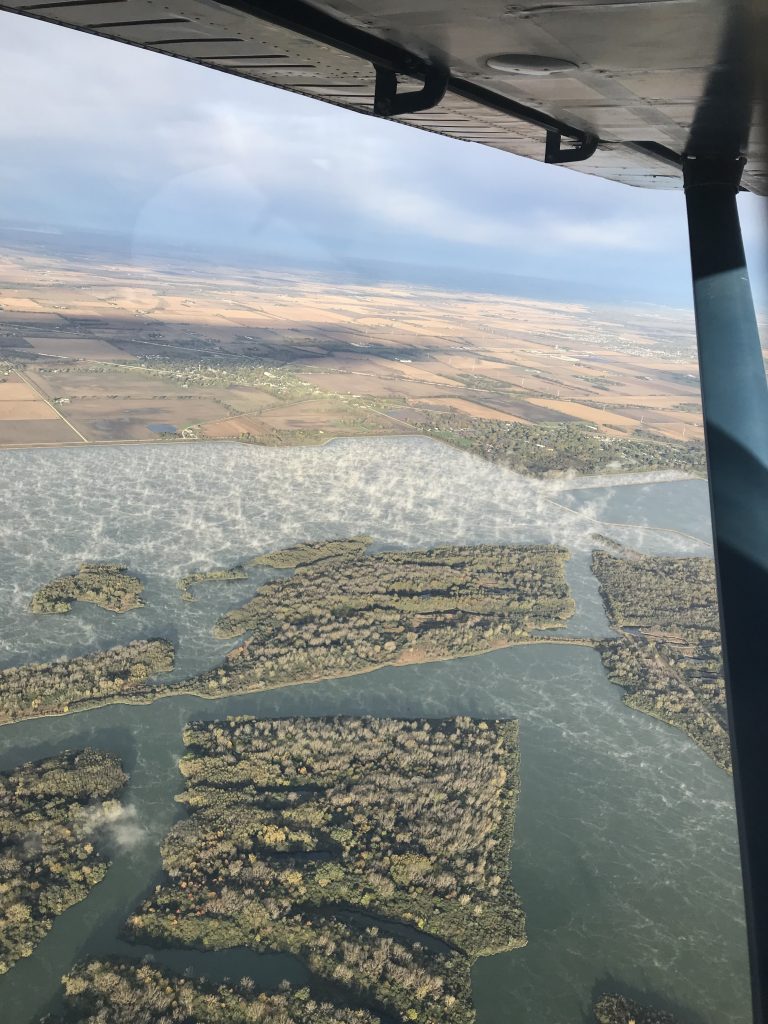 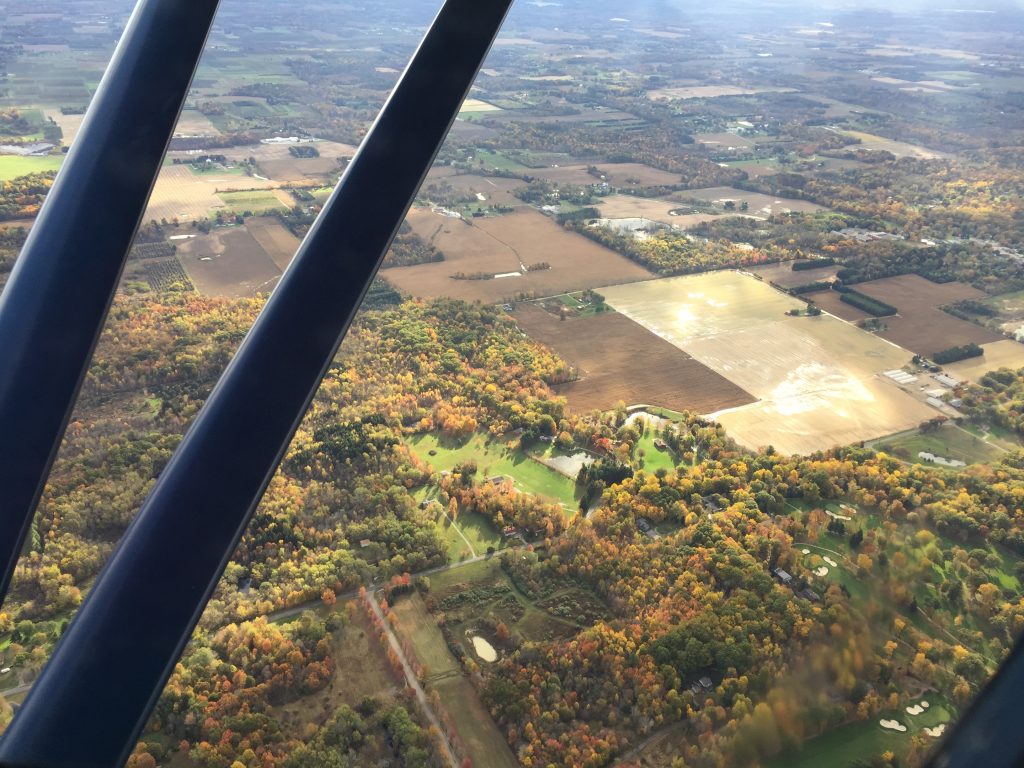 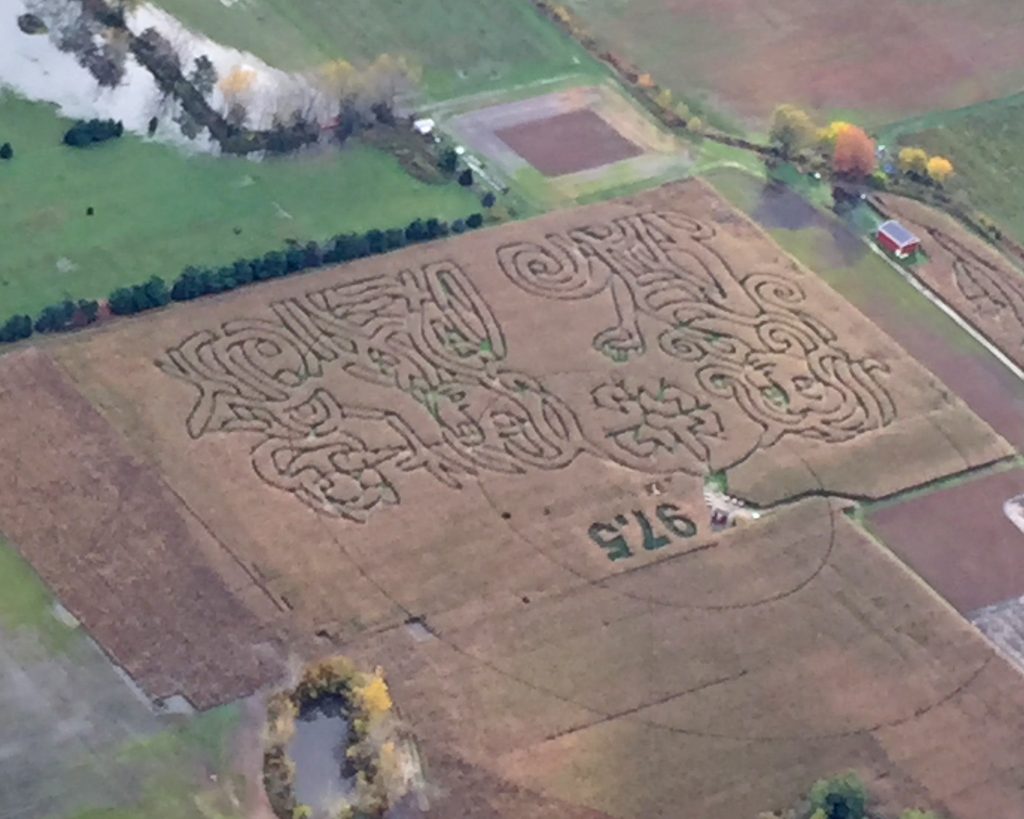 The ride was again scenic, and as we got closer to home it became more familiar.

As we passed a lake about halfway home, the coolness of the morning was evident from the steam coming off the warmer water.

The combination of farmlands and the autumn foliage made for some spectacular scenery along the way.

We even caught a bird’s eye view of a corn maze as we flew over. 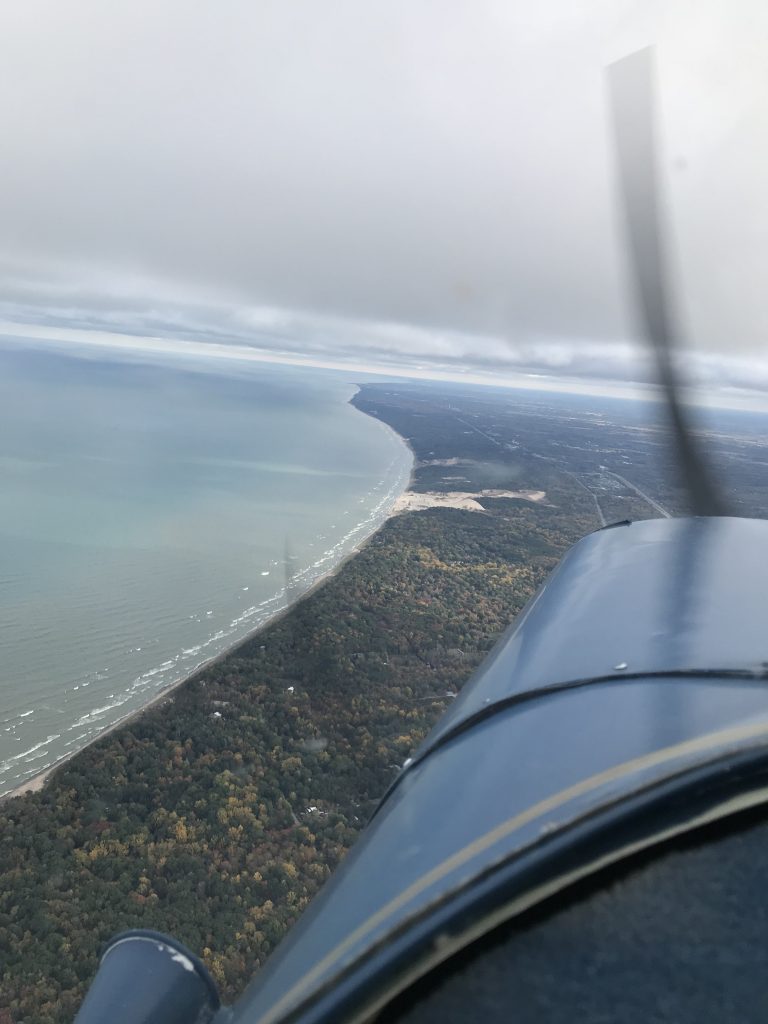 Progressing further, the shoreline of Lake Michigan and its dunes was a welcome sight that indicated we were close to home with only a few more miles to go to the end of our journey.

After 10.3 hours of flight time covering 891 miles, and using 105.54 gallons of fuel, with stops at four airports along the route from Palestine, Texas, we finally got Charlie home to Allegan, Michigan. 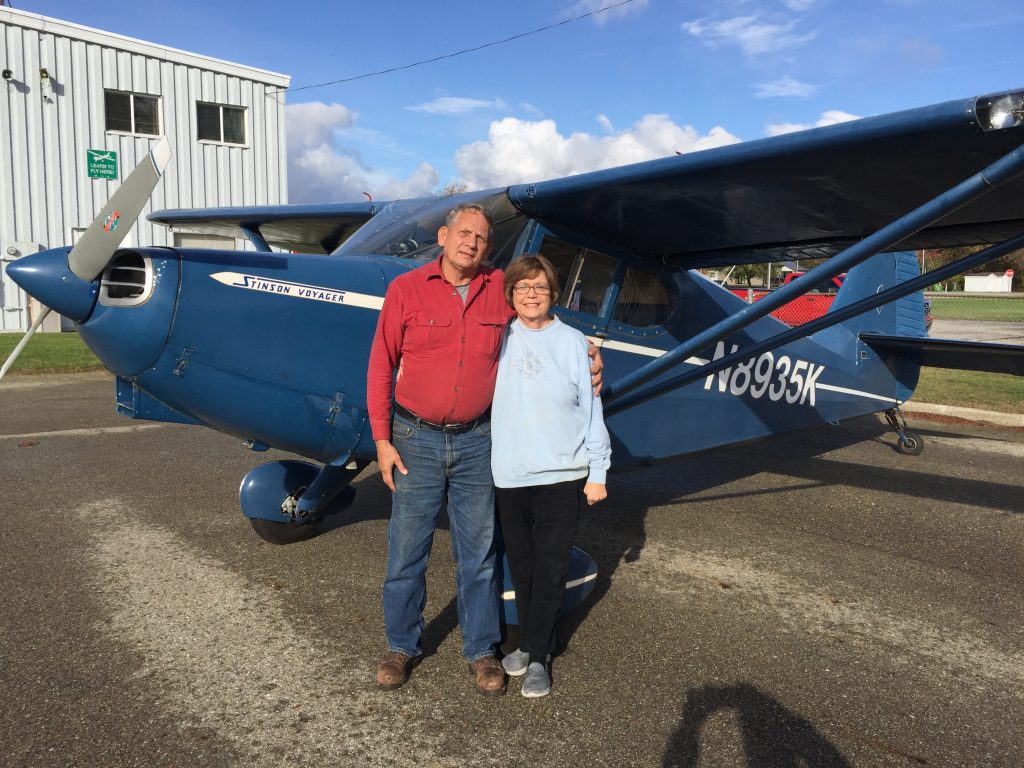 As you would expect when bringing home a new addition to the family, when we arrived at Padgham Field, we were greeted by Aimee’s parents, who were anxious to meet Charlie.

We tucked Charlie into a hanger for a well-deserved rest and headed home to unpack and sort through the pile of mail that was a couple of days deeper than we had expected to come home to.

Our first adventure with Charlie has come to an end and we look forward to many more. Hopefully, the next one will be in the not too distant future. 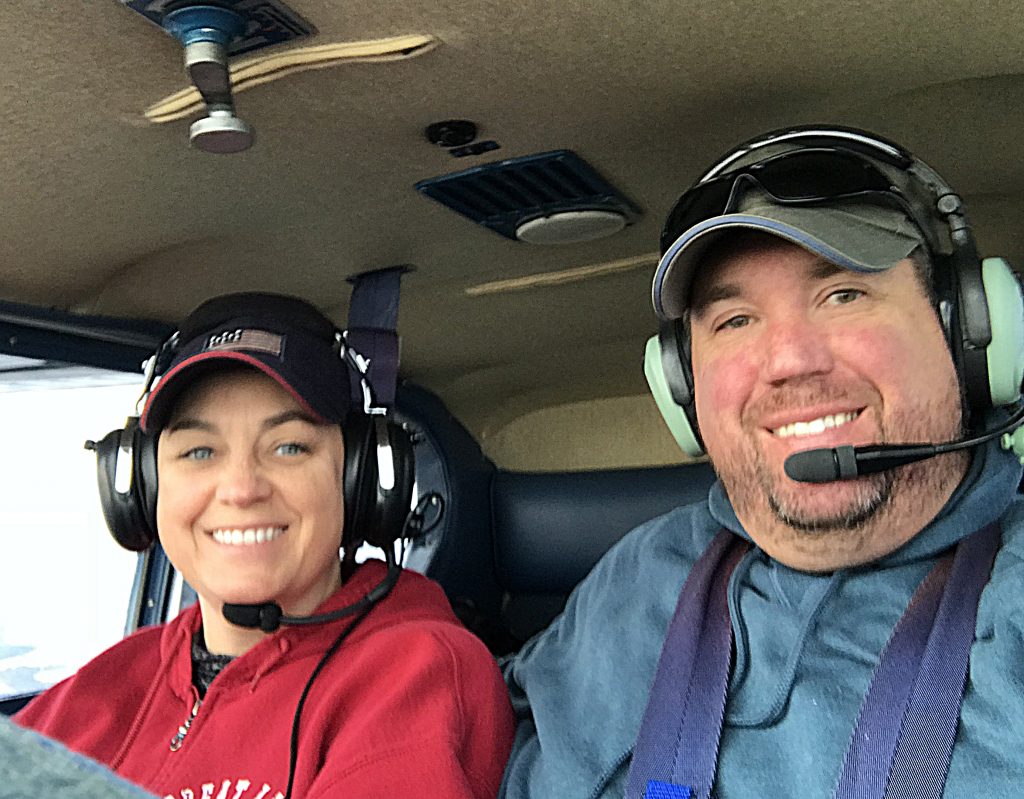 So what’s next for Charlie?

Well, some daily use for getting to and from checkrides when they are far enough apart to make it easier to do than drive, training for a private pilot certificate for Aimee, some travels to fun locations around the midwest, and without a doubt some longer trips to far away destinations and fly-in adventures. Watch this blog for more as we make Charlie a part of our everyday life and keep her active!