Imagine you are a good CFI sitting around the airport while your student is flying the flight demonstration portion of their instrument practical test with a DPE, and, as you watch the FlightAware track generated by the ADS-B the aircraft is pushing out, you see this.

Hmm….that track really doesn’t look like the published hold now does it? 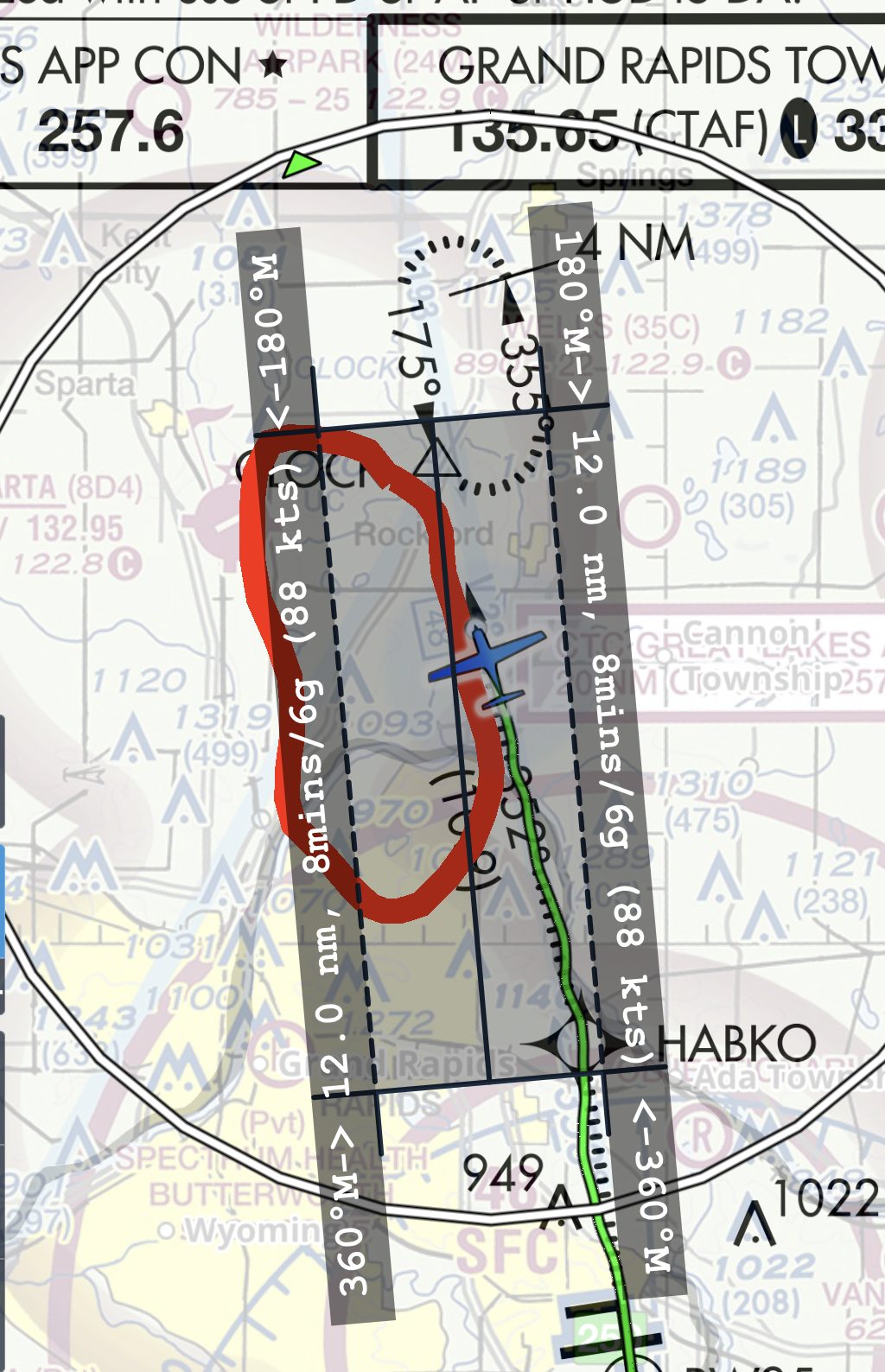 Ok, so there is good news and bad news here. Although, when I got back from the test I couldn’t help let the instructor worry, just for a moment or two.

When flying the published missed and hold from the Grand Rapids, MI RNAV (GPS) RWY 35 the approach controller assigned my instrument practical test applicant a hold at the CLOCK intersection other than as published. The cleared them to “hold south of CLOCK with left turns on the published radial”.

This can actually happen!

In this case, the reasoning was for some parachute demonstrations happening a litter further north that they wanted to keep us away from, but it could be for many reasons such as traffic or airspace of which they want to keep you clear as a couple of examples.

The applicant did this within the ACS standards, fortunately, although the instructor sitting back at the airport would have had no way of knowing this clearance and was a little worried he admitted when we talked after returning at why his student was flying other than what was published.

After letting him worry just a bit, we enlightened him that his student had done exactly what was assigned, which was different from the normally published procedure.

I bring this up to highlight the importance of knowing how to program and fly a non-published holding procedure. This may be different in each “box” or GPS system that a pilot operates, but it can be something that they might need to demonstrate on a practical test, or in real life. Which, in the end is the real purpose of the training and testing of these skills, right?

Be ready for those non-published holds. They might be on your next practical test or on your next IFR flight.