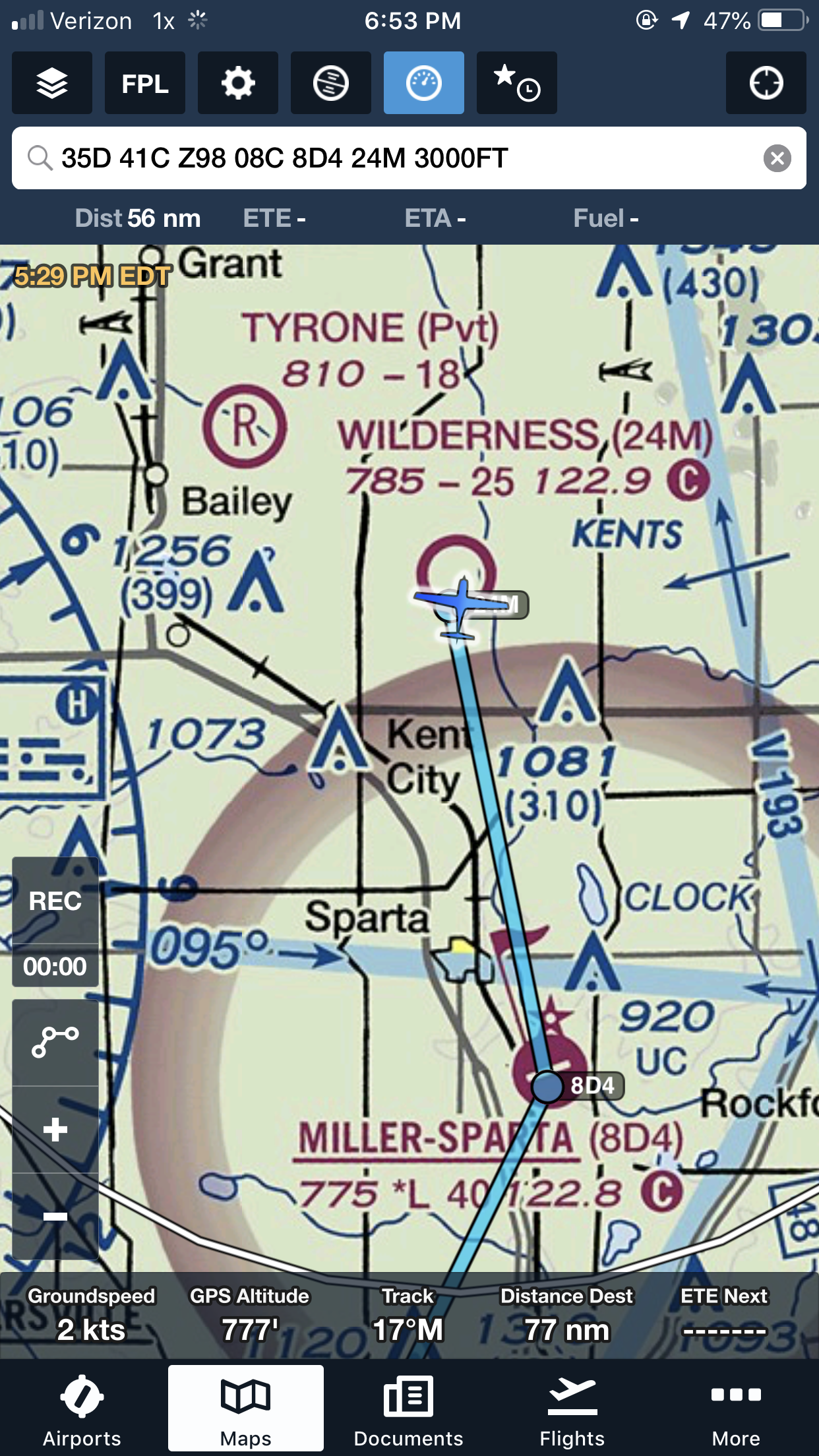 Sometimes, it’s better to put a plane on the ground.

It can be a hard decision, but on a recent Friday it was the exact right decision.

Flying around for the afternoon with a friend in Charlie, we found ourselves near a beautiful grass strip (24M) northwest of Grand Rapids, MI when we experienced a loss of power.

She was still running smooth and a quick check of carb heat and magnetos showed no change. But something just felt wrong. So, being by an airport, we made a landing and gave it a little more run up on the ground to try to see if anything else could be identified.

Getting late in the day and with no problem solution immediately available, we started calling friends for a ride back home after deciding to leave Charlie for at least one overnight of camping at a new airport.

While we waited for a ride, we were greeted by a resident of the airport who was extremely helpful, even getting Charlie a spot in a hangar on the field the next day for us as I worked to get back to Charlie with a mechanic to see what we could find. Aviation really is a pretty special community. When someone needs help, I have with extreme rare occasions not found it readily offered when available. 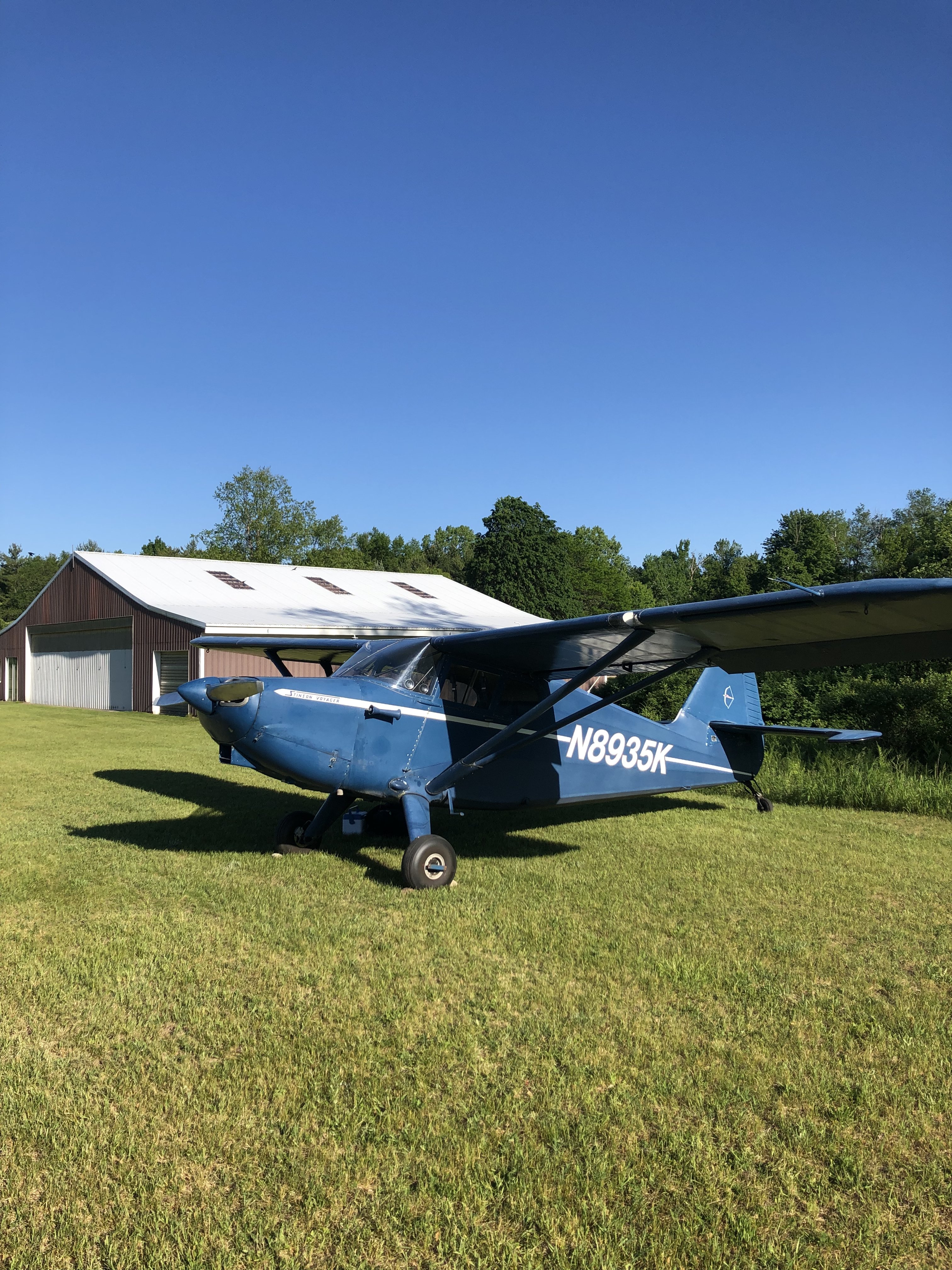 Now, don’t get me wrong. I love bringing Charlie to new grass fields, But it does break my heart a bit to think she wasn’t able to leave under her own power at that time. And hasn’t yet, but we are working on that.

Charlie does always look better on grass than pavement though.

A couple days later, I headed back up with a mechanic friend to diagnose what we might have wrong.

Initially, we thought it might just be an intake leak, since the aircraft was running smoothly, but with a quick runup and some testing of the intake leaks, it didn’t turn out to be that easy.

After a little powered runup we noticed a little oil dripping from under the cowl and decided to dig in deeper.

Wtih the cowl open, we quickly found the source of the oil leak. 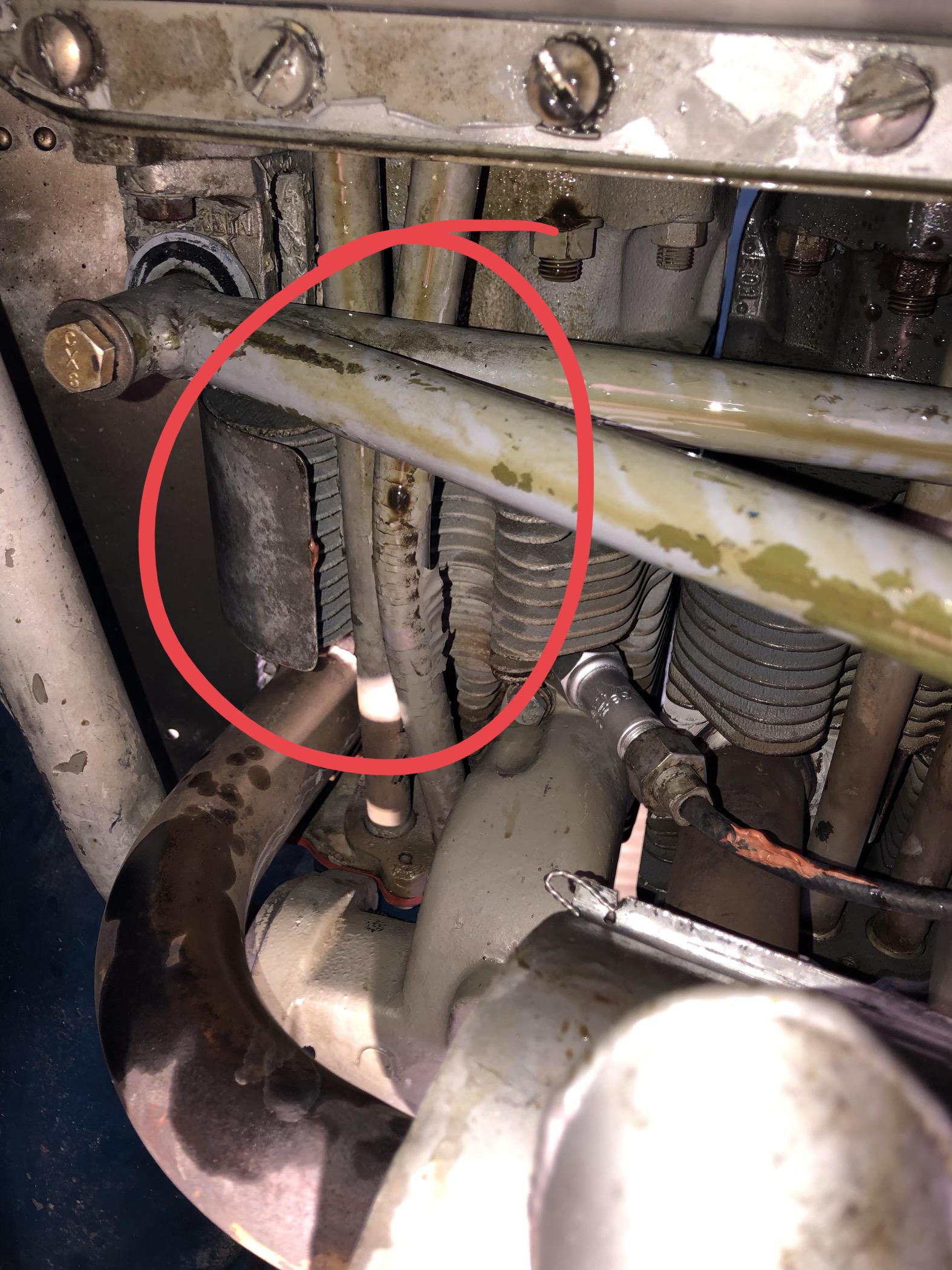 But the cause is another question.

If we check out the next picture, we quickly see what the cause of the bent push rod tube was.

On the valve assembly, we see that (and also circled in red) the right rocker arm was broken off. In fact, it appeared to have broken off and wedged under the left rocker arm in flight. 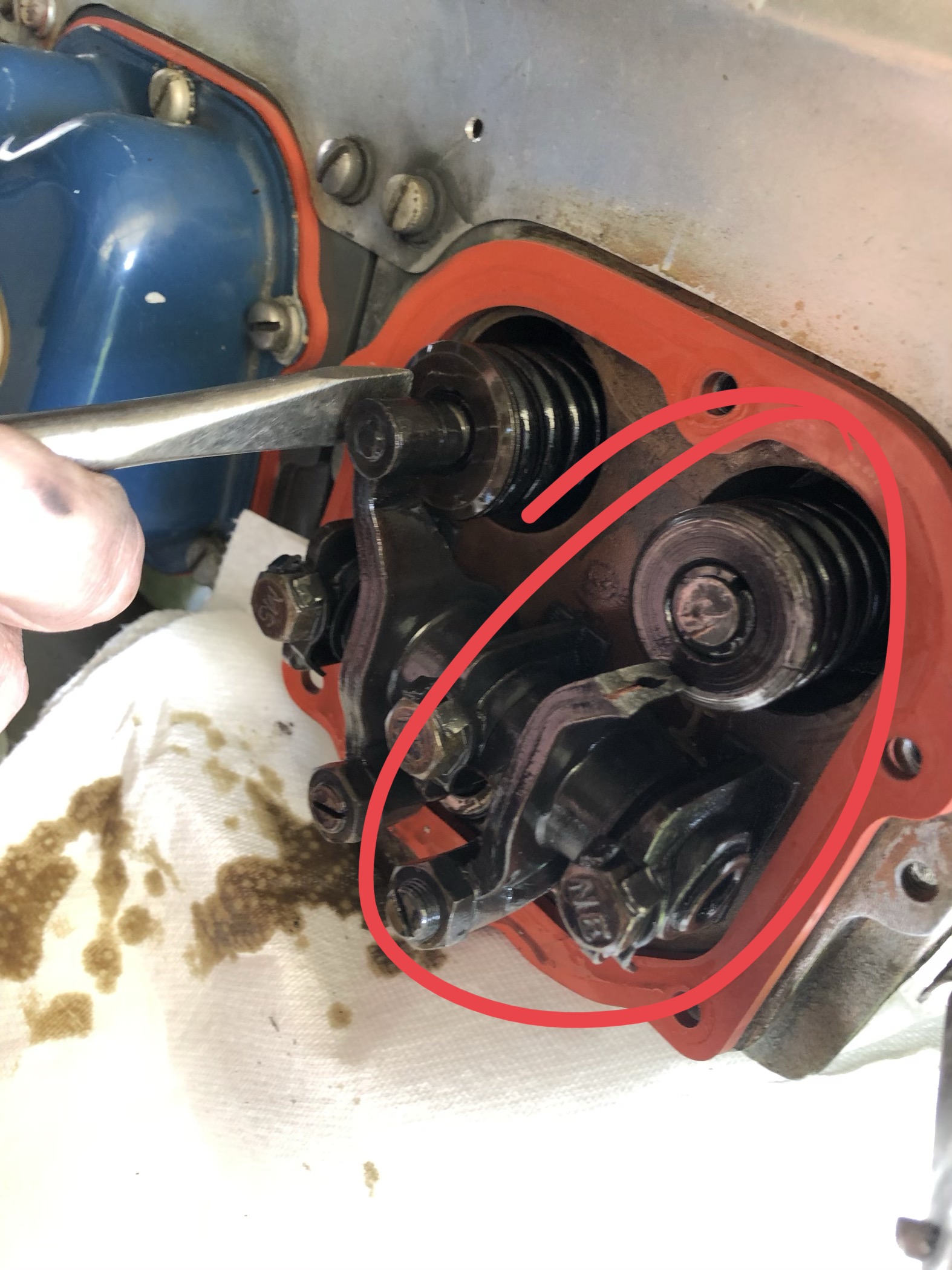 At this time, it appears we got extremely lucky. Well, luck, and the decision to have stopped immediately may have helped us.

While the push rod tube and the rocker arm need replacement, the cylinder doesn’t show any damage and no other damage appears to have been done to the overall engine.

Ok, so that’s the initial diagnosis, and we won’t know for sure until some parts arrive and we try to put her parts back together, but so far I am hopeful.

A couple push rod tubes and rods, a new rocker arm, some gaskets have been ordered and will arrive in the next couple days. When they arrive, and with a little labor, we will see if we can make Charlie get back in the air this coming week.

Until then, she sits quietly in a hangar at 24M awaiting her maintenance attention. 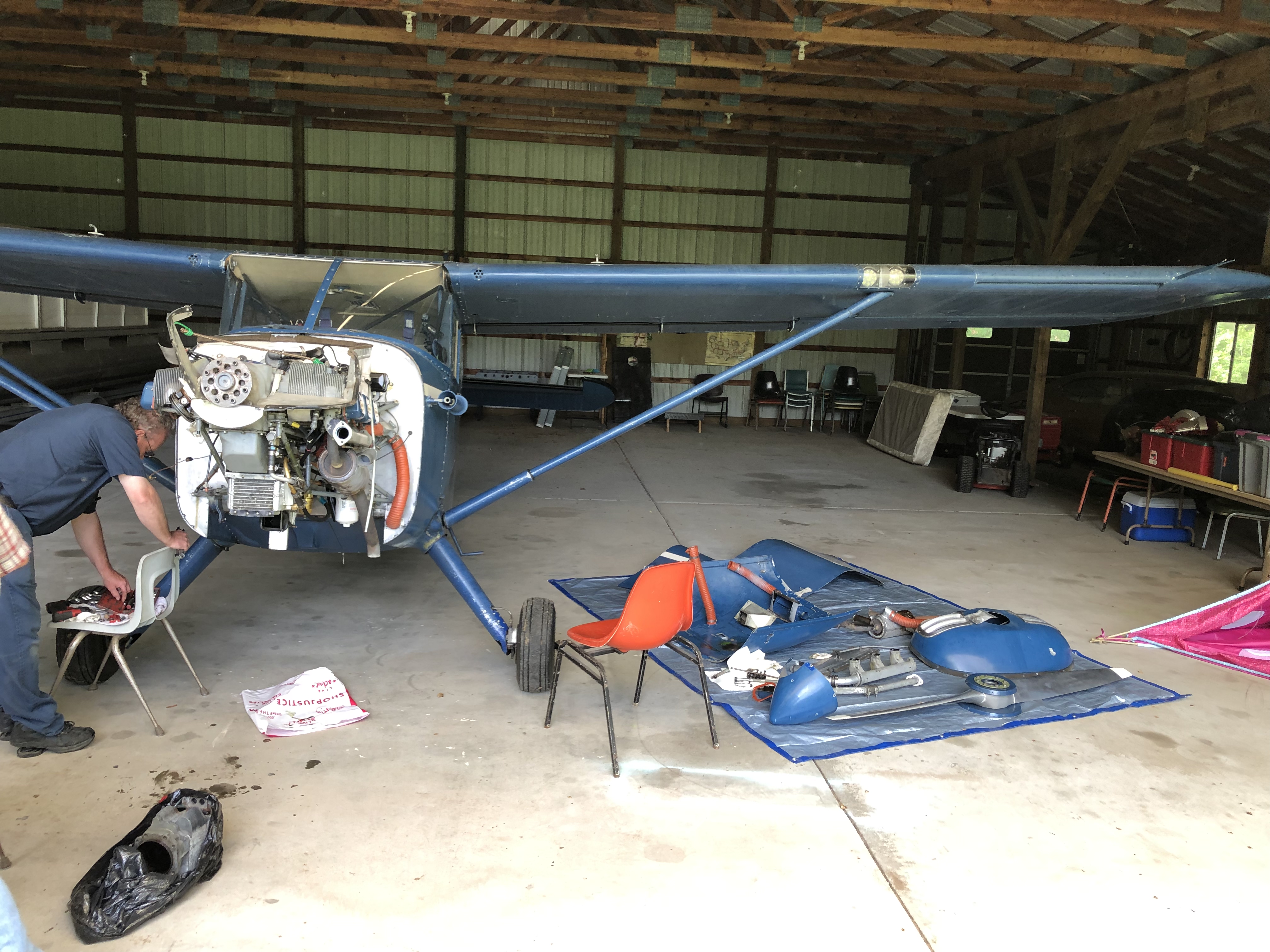 On a side note, it really is a beautiful grass runway. If you have an appropriately capable aircraft, I encourage you to visit it someday. Hopefully not in a precautionary emergency condition.

I know I will come back when I can. But I also know my next flight, after an extensive runup and ground testing from the maintenance, will be a little bit nervous. 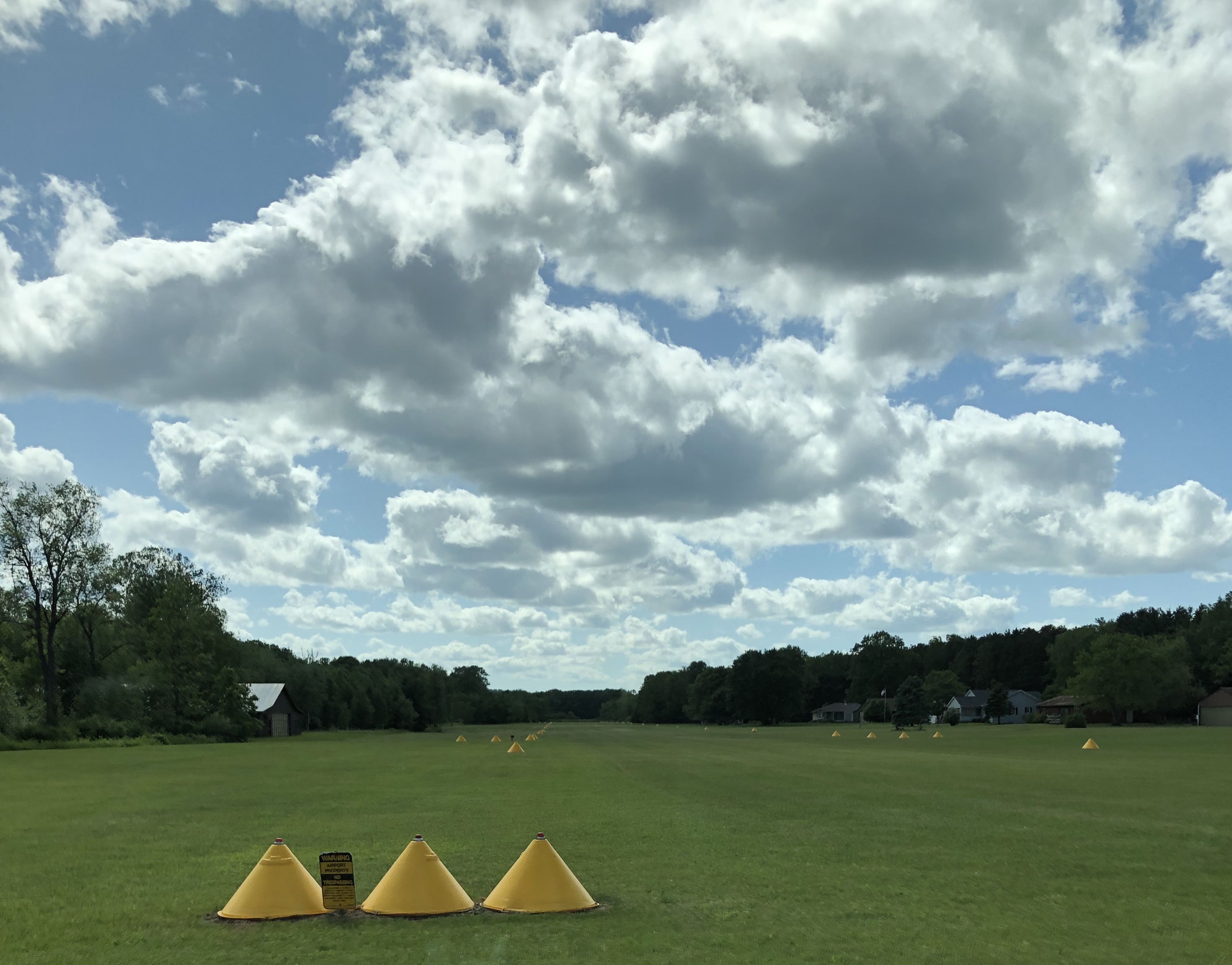