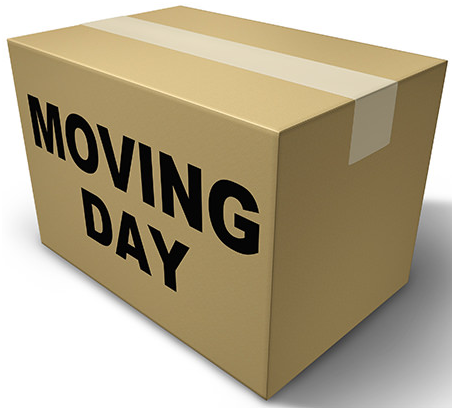 So, what’s the best advice I can give a pilot who is in the early stages of their career?

Well, it is kind of simple. Be mobile. Your first professional flying job is just that. The first one. There will be more. Make it so you can accept offers for career-advancing positions by not placing barriers in the way.

I only half-jokingly tell many young pilots who are just beginning their careers to not get married, not to have kids, to not buy a house, and don’t even get a dog in their first 5 years of their aviation career.

I am not disparaging doing any of these things in their lives, just making a point that these are all things that can potentially stop a pilot from being as mobile. They are potential barriers from saying, “Yes”, when a company offers a pilot a job hundreds of miles from where they currently call “home”.

We all would love to start our first flying job as a Boeing 777 Captain on an international route, but that takes time and experience to be able to get to do. Getting that experience means taking other jobs and working them until another better job comes along. Think of the first couple of jobs as the experience gaining steps that will just be the first in the path toward an ultimate career flying job. If your goal is to get to being that Senior Captain at American, Delta, or United, every step in your career should be made to further that goal. It will not only get you there faster, but it will also have significant effects on your overall career earnings potential.

Anything that stops a pilot from being able to say yes to the next job, even if it is across the country, is a potential hiccup in the progression of a pilots career path. Anything that requires a pilot to feed and walk them multiple times a day, means they will have to be home to do that. Hence the comment about not getting a dog. What about other pets? Well, no matter what pet you have, it will require someone to be home some to take care of them, even if a pilot decides to pick up a stray baby raccoon alongside the road. No matter what it is, it is going to need to be fed at least every few days, making that 14-day aerial mapping assignment a challenge unless someone else is going to do this for you. I hear kids like to be fed even more often.

Be willing to move. Multiple times. If necessary, in the same year if better job offers move your career along. In the end, you have to look out for yourself, nobody else will. If you buy a house or sign a 5-year or even a 1-year rental lease, it will be a barrier to taking that next job. Be mobile. I have seen some of the most successful career climbers change jobs multiple times in the same year!

I many times say, “don’t get married” also. I can temper that statement slightly by saying if you are going to get married, make sure your significant other is willing and able to move also. Part of the pilot lifestyle is not being home and many times moving. If your significant other can’t do that, if they are stuck on living in one location because their family is there and that location is hundreds of miles from an airline base and there are few pilot jobs from which to choose, I will be honest here, you need to think about whether that relationship is really going to work in the long run. Many pilots have had these considerations break up their relationships. This can be a hard decision point in a pilot’s career. What’s more important, the relationship or your career path? You may have to sacrifice one of them for the other.

There is any number of great pieces of advice a pilot can be given when it comes to technical skills and flying, but too few are given the practical, life-decision related advice that can really make a career path more successful.

The first few years of any pilot career can be tough and can require tough decisions, but if they are made with forethought for the end goal, it can lead to an earlier realization of that goal. Once initial training for ratings and certificates is completed, a future airline, cargo, or charter pilot may find themselves needing to gain experience as a CFI which may require a move to somewhere where training is active. Maybe it’s an aerial survey job. From there, maybe to an air taxi operation in the Caribbean. Maybe the next step to a cargo hauler who contracts for FedEx. Even if you are lucky and go straight to a regional airline, their training base will probably require a move. After that, maybe the first Major Airline job. It is doubtful that all of these jobs will be in the same location.

A pilot should take the short time early in their career to think about the end goal. Make every decision early in that career something that furthers the end goal. That includes what commitments an individual makes early in life that may inhibit the ability to make decisions in furtherance of the goal.

Take what I have said here with whatever grains of salt you may, but I give this advice not to hurt anyone’s feelings or make any judgments of life choices. I can just tell you from experience and seeing many pilots whose careers have moved quickly to the next level, and many whose have not, that this advice can be what makes the difference.