Whenever you send a new aircraft for its first maintenance work after you buy it, it is always a fear that you are going to find a bunch of things that need attention, and as a result, can get expensive. So, when we sent Charlie to a mechanic friend of mine a little over a month ago to address an AD inspection, one that we thought was not actually applicable and for which we wanted to eliminate the need to inspect it on a recurring basis, with a little nervousness, we also asked the mechanic to, “give her a look over and see if there is anything else that should be fixed.” 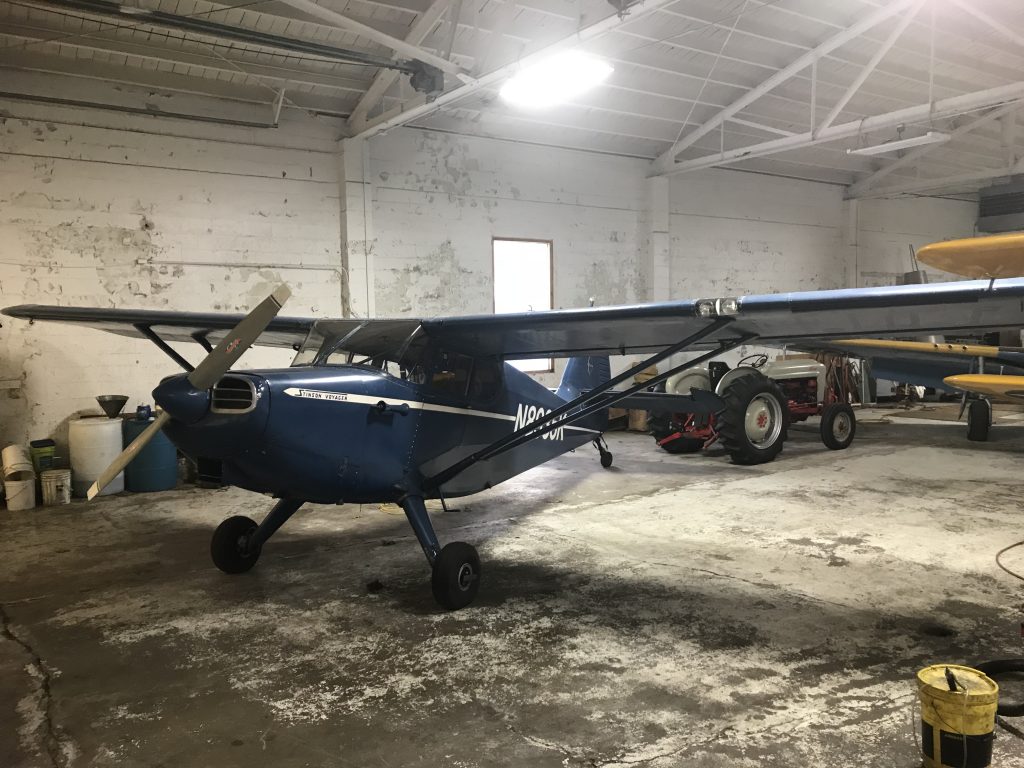 Charlie sits awaiting my pickup…perhaps a little sad she won’t get to hang out with the P51 and Stearman in the hangar in which the maintenance was done. I have to think if these aircraft have souls, that as that sat quietly in the hangar for many nights, they shared with each other the decades of adventures they have had as we pilots transition in and out of them and pass along, with generations of pilots still flying these classic and historic aircraft.

Asking a mechanic what else they would like to fix on any vehicle is a scary, open-ended invitation to make that inspection open all kinds of Pandora’s box moments. But having a good mechanic I trust, we also wanted to know if there was anything lurking that should be addressed.

The AD we wanted to address was an old one, one that required inspection of the carburetor linkage every 25-hours. A frequent AD such as this is certainly a detractor in the regular use of an aircraft, and we suspected it had been made exempt many years ago, but the last two annual inspections had written it up as still applicable.

With a little digging, the mechanic was able to confirm what I suspected, that when Charlie had been refurbished in 1995, the new carburetor that was installed made that particular AD no longer applicable. Good news! We no longer have to have the aircraft checked by an A&P every 25 hours of operation.

As my mechanic friend dug deeper into the aircraft, he found very little of concern on Charlie. A fuel line that was getting a little worn, a couple fairings that got some attention, a primer line that got replaced, and a couple random birds nests in places where a pre-flight inspection would not have found them were about all that he found.

With a little health issue sidelining his work for a few days, some holidays in the middle, and some uncooperative winter Michigan weather, Charlie hung out in his hanger longer than one might normally want to be without their aircraft, but as the caretakers of Charlie, we aren’t here to rush anything. 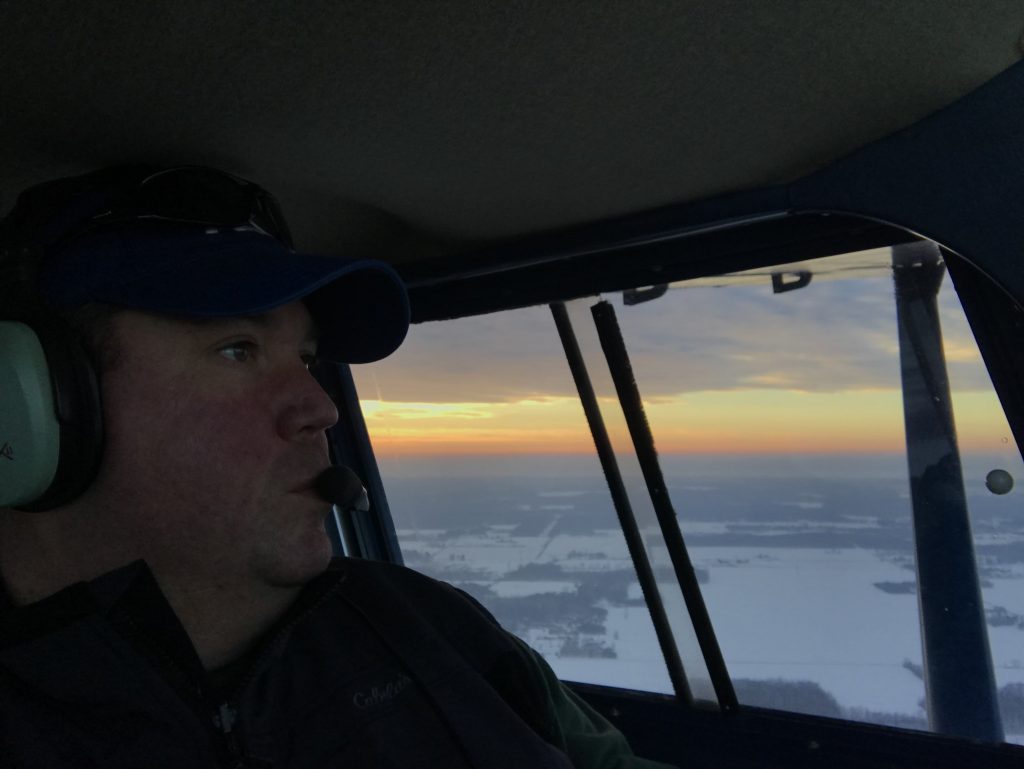 The sun sets over Lake Michigan in the distance as I selfie’d a quick picture over the winter snow covered MIchigan landscape on the way back to Charlie’s hangar.

In fact, after our mechanic had given her a good look through, when asked how much he had dug into Charlie, he said, “Well, to be honest, I did most of what an annual would require!”

The annual wasn’t actually due until June, but since we were most of the way through it, we asked him to go ahead and take the time to finish up the rest of the annual instead of having him go through it all again in six months.

He took the time to do that, and now we have an annual reset in the winter months when our use of the aircraft will be less frequent anyway.

With the new annual in the books, we got a little gap in the weather today and managed to bring Charlie back to her hangar. Time to start giving her a little more use again in the upcoming months, and certainly much more when the winter finally breaks and gives us a spring of wonderful flying in the Upper Midwest and beyond. Who knows what adventures we will give Charlie this summer…a couple of ideas are already brewing in our minds that will take her where she has likely never been before.