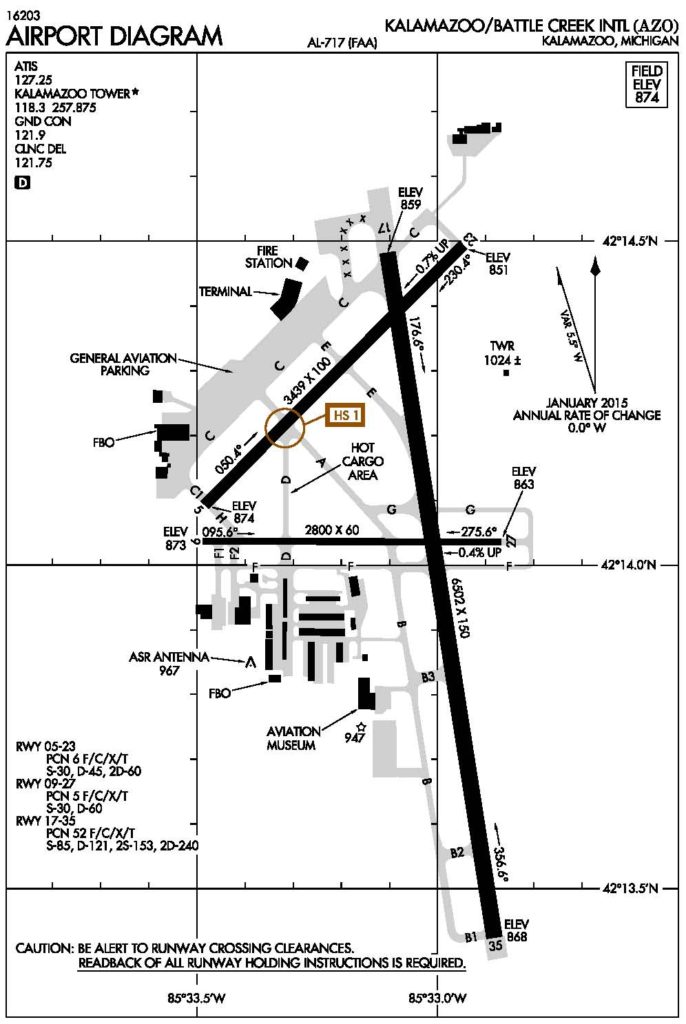 Ever line up to land on a runway you have been cleared for only to find out that you were slightly off and it was the wrong runway?

I’ll admit it, I have done it.

Ever not notice it until ATC “reminded” you of what runway you were supposed to be landing on?

Ok, you don’t have to admit to it, but it happens. It even happens to experienced airline pilots sometimes, so don’t feel too bad about it. When this happens, it is about what you do next, to fix the error.

On this recent 4th of July, an airline flight was approaching Kalamazoo, Michigan and was cleared to land on Runway 17. With 6500 feet of runway available, this runway was the one that is commonly used by regional jets of multiple airlines every day (or the opposite end of the same, runway 35).

As they got closer, ATC cleared them to land on runway 17.

You can listen to the audio I have pulled down and cut to just the relevant portions for the flight. Especially relevant was when ATC “queried” that they knew they were cleared to land on runway 17. It was obvious that ATC noticed they were aligned not to land on runway 17, but instead, runway 23, a much shorter 3500-foot long runway.

Click play to hear the transmissions between ATC and the flight.

What is important here, is that both ATC and the pilots made good decisions.

ATC called it to the attention of the pilot that their approach looked abnormal. In this case, the conditions were VFR and it was a visual approach, something that leaves more chance that a pilot will align themselves with the wrong runway than when they are loading up a specific approach to an intended runway of landing.

The pilots, as soon as they noticed it, did the right thing. They aborted the approach to the “wrong” runway, climbed, and flew a VFR pattern to the longer correct runway for landing.

You can see the flight track and the vertical path including the climb from the approach to the pattern in the following graphics. 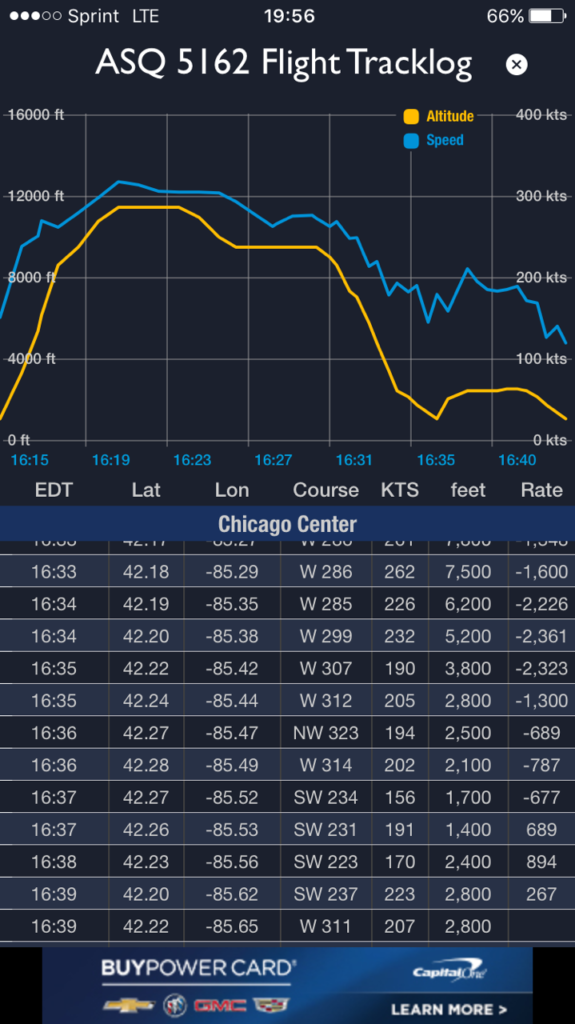 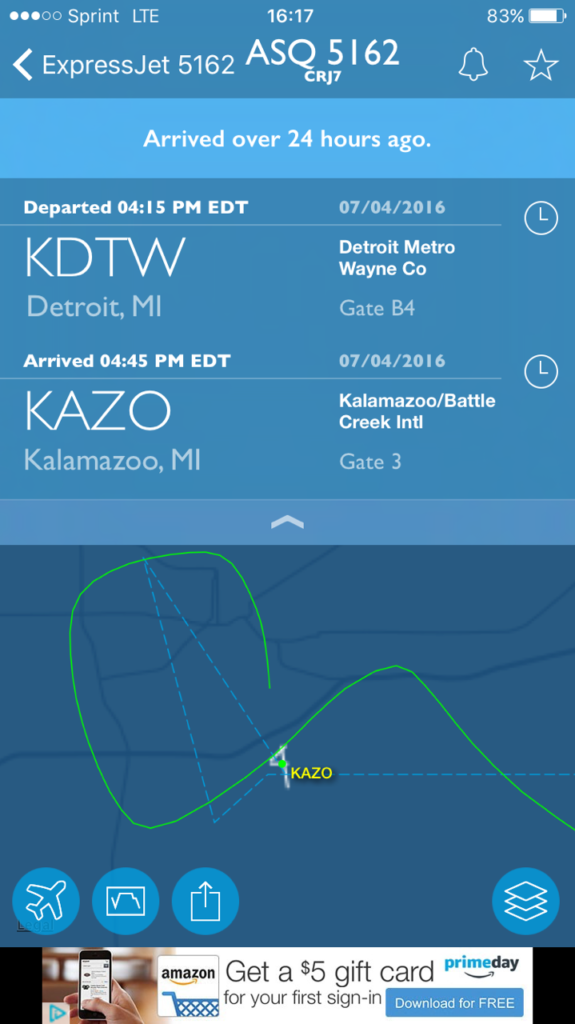 Even a multiple crew member aircraft who flies professionally on a regular basis can make a simple mistake of visually looking for an airport, seeing a runway, and mistaking what they see as the correct runway.

Do I write this to chastise the pilots for their mistake in any way? No, not at all.

For most of us as pilots, if this happens nobody will ever notice. When an airliner does it, it is more noticeable, but not necessarily more concerning than when a private aircraft has the same happen.

Our aviation system includes cross-checks of ATC and pilots to coordinate traffic, and this includes what runways to land on and when.

Obviously, the 3500-foot runway would have been rather short for a regional jet to land on, but I also expect that the pilots would have eventually noticed that the runway was MUCH shorter than they would normally use to land. But by ATC making the query sooner than later, it gave the pilots the opportunity to make a corrective action prior to being at a lower altitude, slower speed, and closer to the airport.

Kudos to ATC here, kudos to the crew for making the right decision and eating their pride to go around and get to the correct runway.

What can we all learn from this?

Well, we are probably never too experienced to make a mistake like this, but we can never be too humble when we consider the need to be willing to “go around” and fix a mistake we have made.