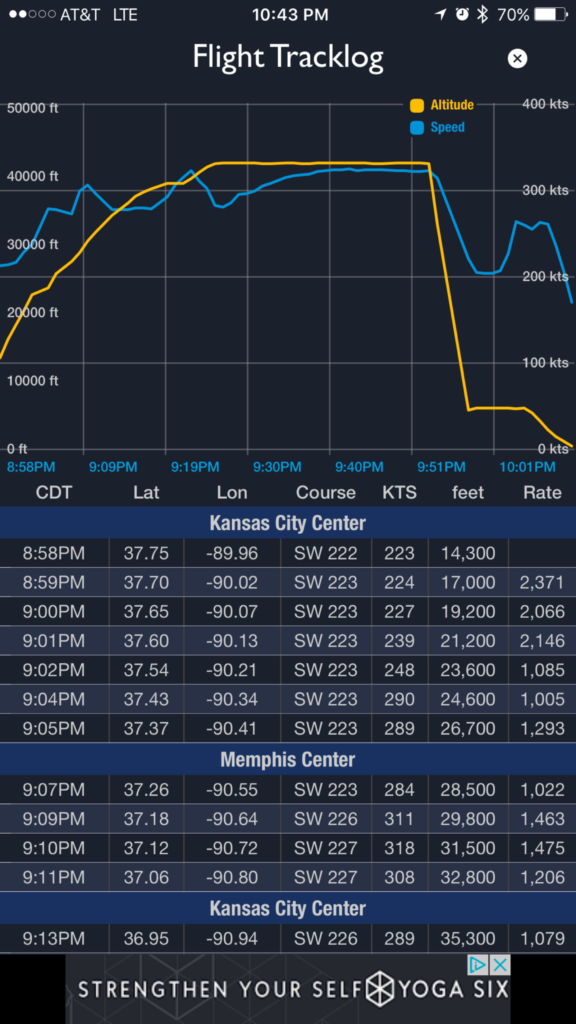 A friend recently texted me a picture. It was a flight track screen shot of a plane a contact of his was onboard when they experienced a catastrophic pressurization system failure.

The flight was a demonstration flight for a Citation aircraft that was being considered for purchase.

After climbing to FL430, and while in a cruise, the two pilots on board heard a “loud bang” and got a pressurization system warning.

As I heard it, they grabbed for their oxygen masks and found that no oxygen was being delivered. Not having much time to trouble shoot the system at that altitude, they began an emergency descent.

The flight track is dramatic, showing a descent from FL430 down to 6000′ MSL in a couple short minutes.

After beginning the descent, both pilots lost consciousness, regaining coherency where they leveled off at 6000′ after “pulling up really hard”.

The pull up was extreme, resulting in bending of wing structures that likely will cause a total loss of the aircraft.

Why didn’t the backup oxygen system work you may ask? Well, upon further review, it did.

The pilots just didn’t have their oxygen masks plugged in.

Complacency in procedures regarding backup oxygen systems nearly cost these pilots their lives.

This doesn’t remedy the pressurization system failure. It does highlight the fact that our backup systems in our aircraft should never be taken for granted and should always be checked. Becoming complacent about the use of backup systems or our training on how to use them could easily lead to ineffective use by us as pilots in the event that they do become necessary.

These pilots got lucky, but they can serve as an example for all of us operating in aircraft equipped for flights at higher altitudes. We need to make sure that our pressurization systems are sound, and verify, just in case, that our backup oxygen is full, the masks work, and we know how to use these systems in the event that a failure is experienced.